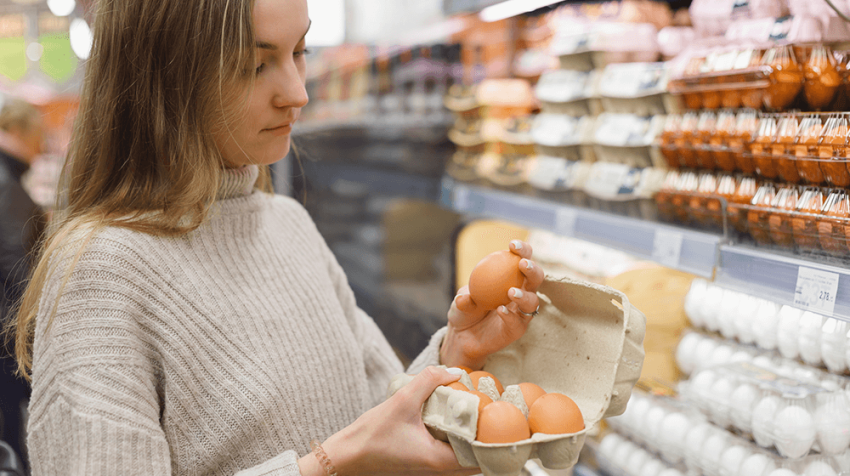 The price of eggs continues to go up in 2022 – in fact, they’ve almost doubled over the last year – putting a continual strain on the small businesses who need them. Inflation and other causes have led to the massive increase in egg prices this year.

Egg prices are up 82% over August last year and just went up another 6.1% from July, according to information from the U.S. Bureau of Labor Statistics (BLS). The volume of trailer load loose egg sales last week fell by 12% from the previous week with 10% for future delivery.

Prices for national trading of truck lot quantities of graded, loose, white large shell eggs rose $0.39 to $2.201 per dozen. Egg prices have continued to go up, in July egg prices went up by 47% compared to what they cost a year ago.

The BLS released a report on Tuesday indicating a major increase in certain food items such as eggs, flour, milk, and bread. The Consumer Price Index for All Urban Consumers (CPI-U) rose by 0.1 percent in August on a seasonally adjusted basis after being unchanged in July. Over the last 12 months, the all-items index increased by 8.3 % before the seasonal adjustment. The food at home index rose 0.7 percent in August as all six major grocery store food group indexes increased.

Why are eggs so expensive?

The prices of eggs have shown a steady rise mostly prompted by a deadly and highly infectious avian flu earlier this year. The avian flu had forced US farmers to kill millions of egg-laying hens, reducing the country’s egg supply and driving up prices.

The nation’s worst bird flu outbreaks had resulted in the culling of more than 30 million commercial and wild birds with egg-laying hens and turkeys being the most affected. This caused the country’s egg supply to go down while demand is still high, forcing prices to rise.

In addition, the rise in egg prices is attributed to supplies for eggs ranging from light to moderate.