Mobile phones are not as sturdy as they were in the early days of cell phone technology. An inadvertently dropped smartphone can lead to a cracked screen or, worse, a broken one. Smartphones are sometimes not built for rigorous travel or rough environments such as factories and construction sites.

The best-rugged phones not only help you enjoy your device without constantly worrying about keeping it safe but also offer features that make you productive. Below are some of our top picks from the best smartphones in the market today.

What is a Rugged Smartphone?

A rugged smartphone is made of tougher, more durable material than regular smartphones, and has other features like dust and water resistance. 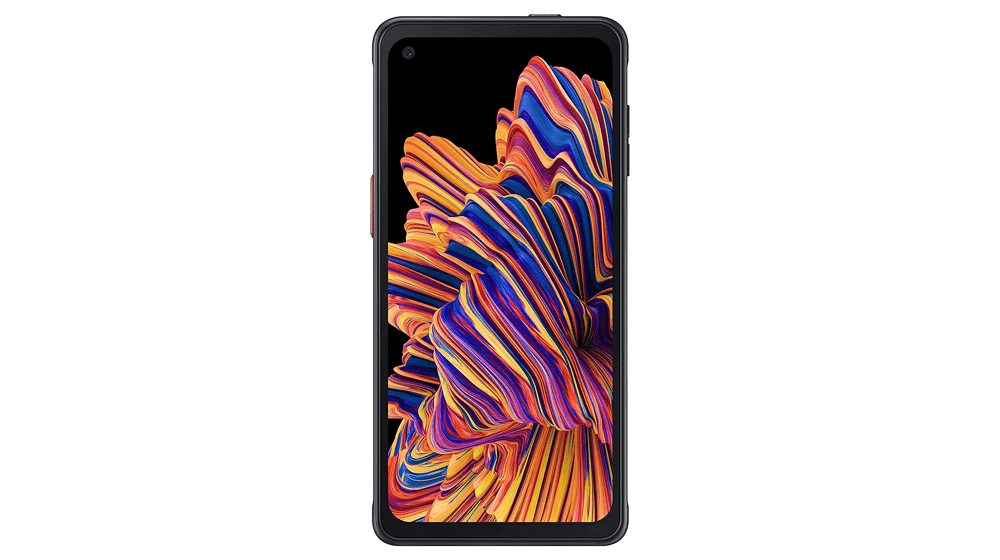 Top Pick: Samsung Galaxy XCover Pro rugged smartphone is considered among the best-rugged smartphones in the market. This dual SIM offers a 6.3 inches screen protected by Gorilla Glass 5 and its MIL-STD-810G certified glass to withstand drops from five feet.

This is in addition to its military-grade design guaranteeing protection in difficult environments. It comes with a replaceable fast charging 4,050 mAh battery and two customizable buttons.

This rugged phone is powered by a 2GHz octa-core Samsung Exynos 9611 processor and has a 25 MP rear camera, an 8 MP front camera, and packs 4GB of RAM and 64GB of internal storage. This phone is unlocked for Verizon and AT&T. 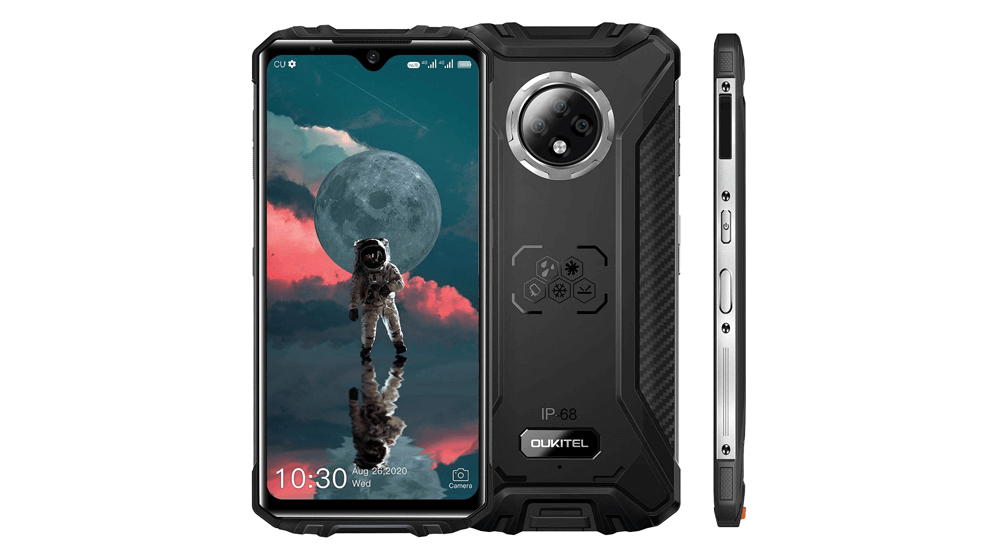 Its 5000mAh battery is capable of standing by for 300 hours, and by using an OTG cable, it can even act as a power bank. This rugged smartphone meets the IP68 waterproof grade and MIL-STD-810G standard. Thanks to its convex design at the four corners and the corresponding frame, it can withstand two hours of water at a depth of up to five feet.

It can also withstand the impact of being dropped from a height of five feet without causing malfunction. The MT6762D Octa-Core processor offers high energy efficiency and ensures fast response during work. This rugged phone is compatible with most 4G networks. 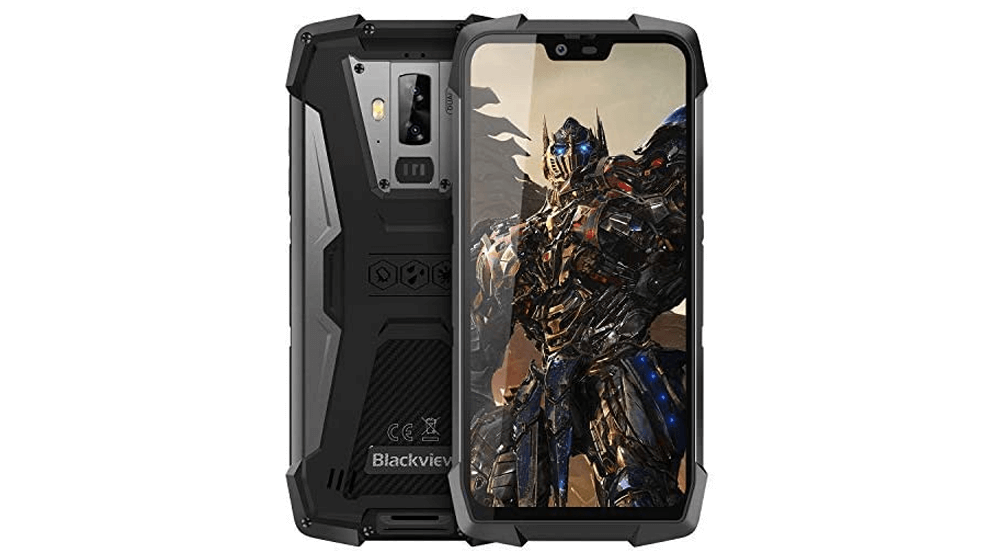 See Also: Think You're Overpaying on Business Phone Bills? Here are Ways to Reduce Them

This dual SIM rugged smartphone has both rear (8MP) and front (16MP) cameras and has its two sides reinforced with wear-resistant aluminum and titanium alloy, while the 4 corners are well protected by TPU impact buffers.

The phone also has Corning Gorilla Glass to protect the screen from impact. This phone can survive a 5-foot drop, 30-minute immersion under 5-feet water, and resist 99% of the dust. A fingerprint reader keeps your phone secure. This phone is unlocked for TMobile. 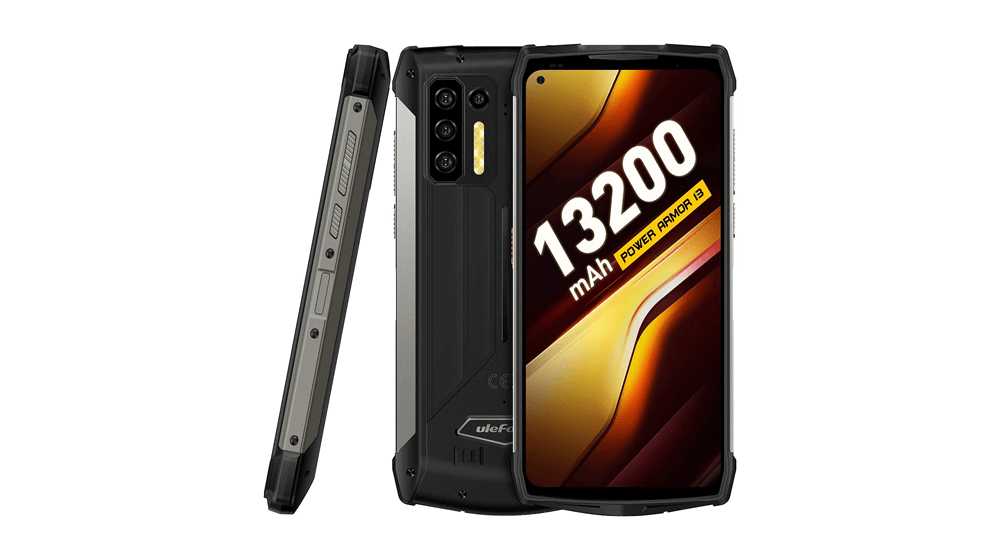 The large battery of the Ulefone Power Armor 13 can support almost 5 days of daily use with one charge – so you’ll never have to worry about battery life. Running on Android 11, this phone offers fast, smooth action for any task. Additionally, other features like an endoscope interface have been added to make your workflow even easier and more convenient.

This phone meets or exceeds all major performance standards. It also has a 6.81-inch FHD+ screen, infrared distance measure, and can be charged by wireless charging or on a dock. 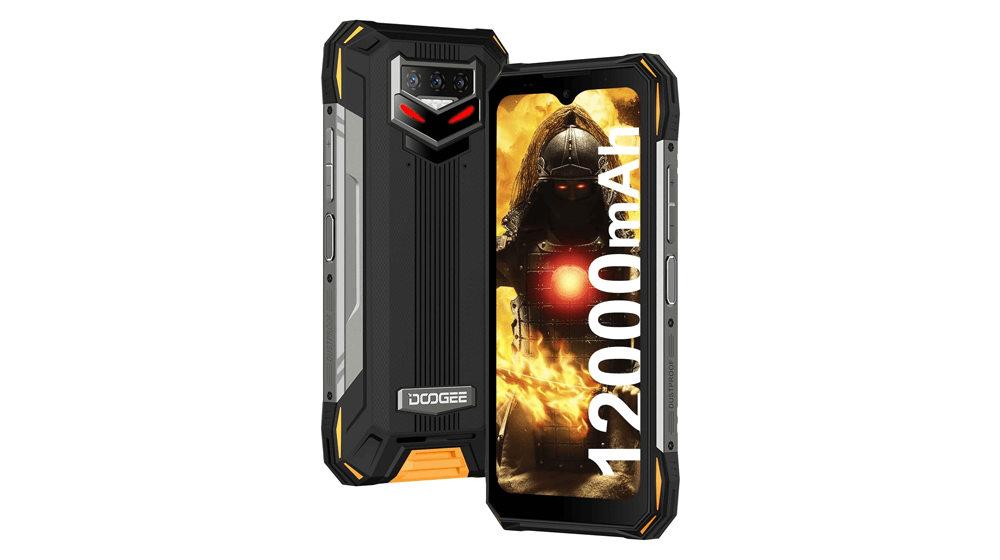 This rugged phone, the S89 Pro by Doogee, features military-grade housing for drop protection from 6ft, depth protection in 4ft of water for 30 minutes, and complete dust coverage protection. It’s also got a large battery with 65w fast charging that can fully charge the device in 60 minutes.

The S89 Pro also has quite a camera array – a 64MP AI main camera, 16MP front camera, 20MP night vision camera, and an 8MP wide-angle & macro camera. And 8GB RAM and 256GB ROM give you plenty of storage room as well. This phone is compatible with several carriers using a 4G connection. 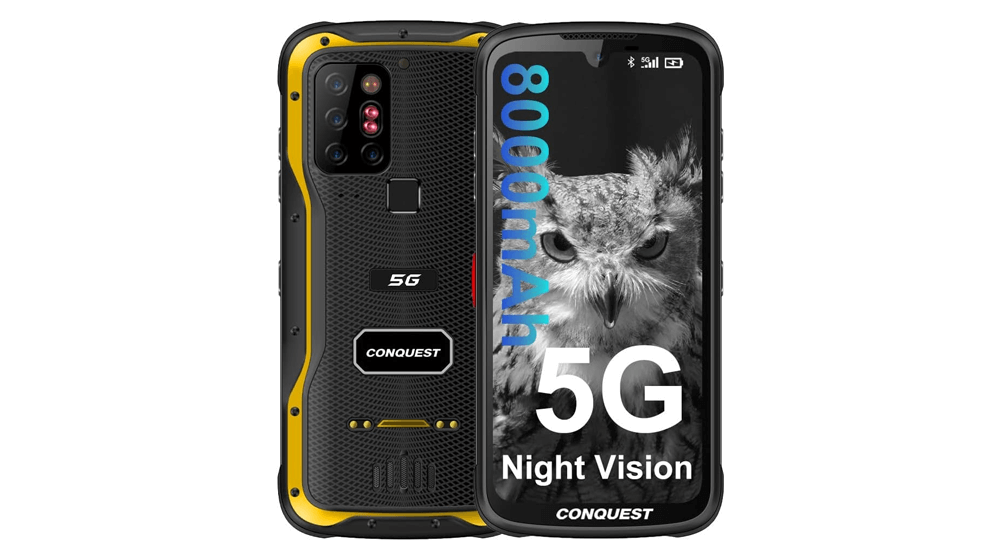 This rugged phone by Conquest has all the usual features of a rugged phone – drop and water resistance, dust protection, etc; but this one also has a walkie-talkie feature. That alone makes it super convenient for construction sites, warehouses, and other similar environments. 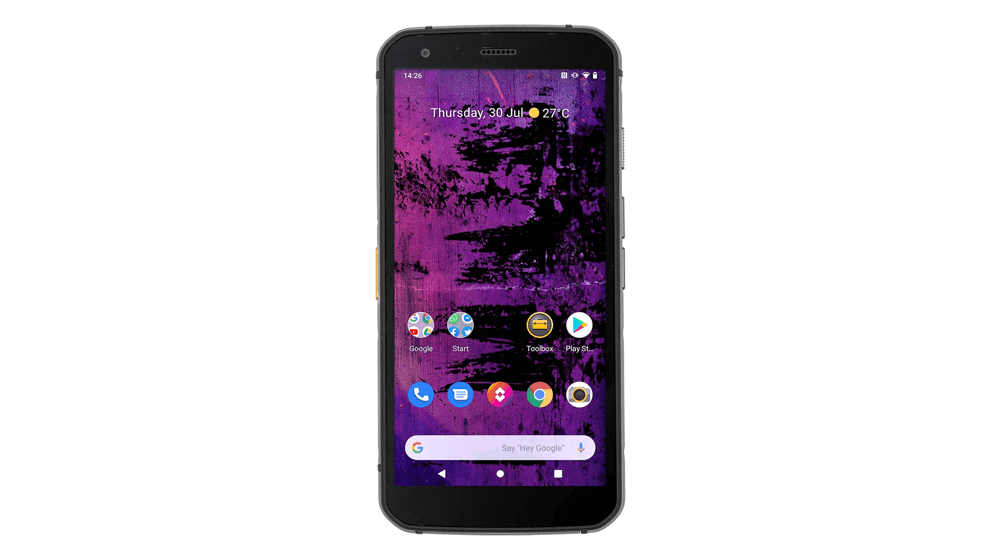 The CAT S62 Pro is optimized for most North American carriers and has been praised for its updated features and tools, particularly its FLIR thermal camera. It’s powered by the high-resolution FLIR lepton, the FLIR Lepton 3.5 professional-grade sensor, which offers a 4x increase in the number of thermal pixels. Combined with FLIR’s VividIR technology, the Cat S62 Pro delivers enhanced image quality, sharper image and higher thermal resolution. 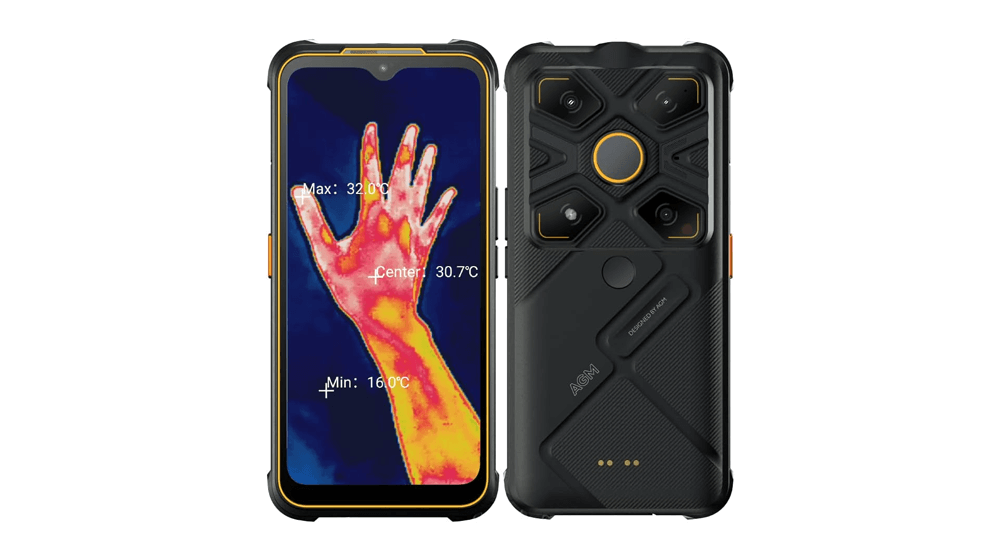 This rugged phone features a thermal imaging camera, a 5500mAh battery, 8GB RAM, and 128GB internal storage. It is waterproof, dust and drop resistant to IP68/IP69K Mil-STD-810H certification, maximum depth of 1.5m up to 30 mins, and a drop from 1.2m height.

Rounding out this rugged phone’s features are cinema-quality video, a customizable side button, a fingerprint sensor, and thermal imaging. Check out what tech influencer Alex Yong has to say about this phone here. 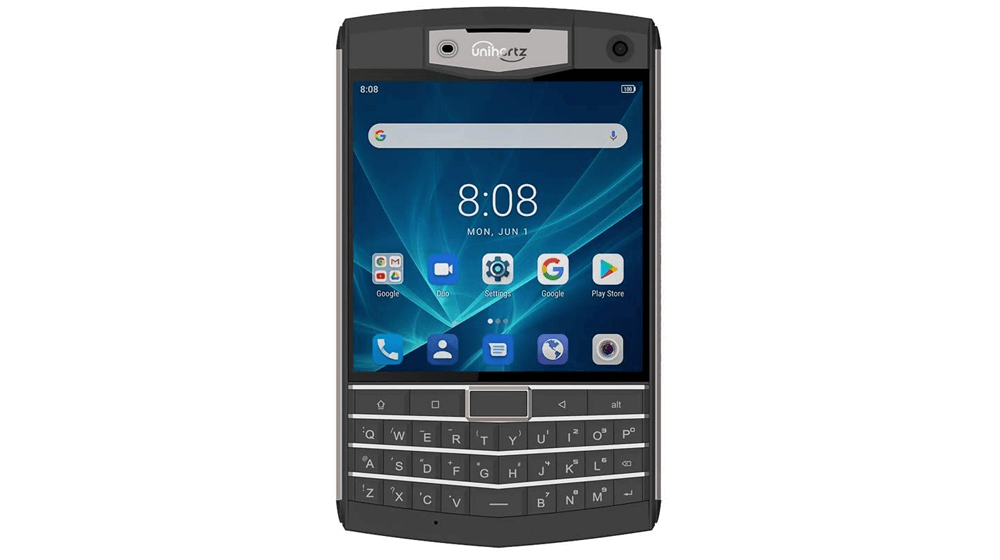 The dual SIM Unihertz Titan is another best-rugged smartphone thanks to its fast charging and wireless charging, full QWERTY keyboard, and touchscreen display. It comes with a 5.5-inch screen with 6GB RAM and 128GB storage and runs with an Octa-core 2GHz processor. It can withstand being submerged and has a military-grade durability rating. 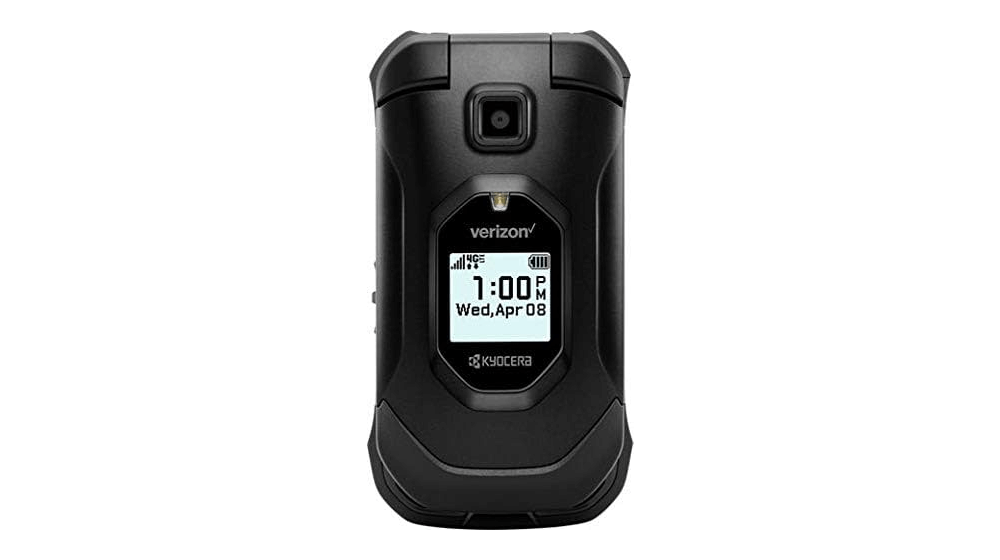 Believe it or not, one of the best-rugged phones we found is a flip phone. Of course, it’s not like a regular flip phone – the DuraXV by Kyocera meets or exceeds military standard 810G for dust, shock, vibration, temperature extremes, blowing rain, low pressure, solar radiation, salt fog, humidity, freeze-thaw, and icing/freezing rain.

The menu is customizable to conveniently access frequently used apps, it has a fast 1.2GHz Quad-Core A53, 64-bit CPU, and loads of other features.

How to Choose the Best Rugged Smartphone for Your Business

There are a few important factors to consider before purchasing a rugged phone. Many of them are quite expensive, so you’ll want to keep these things in mind so you are sure you get the right one.

Obviously, durability should be a given. An ideal rugged smartphone should offer protection from drops, water, and dust. A good rugged phone will have Corning Gorilla Glass or a similar material.

Most rugged phones have extremely long battery life. Check the specific model details to find out exactly how long the batter is expected to last.

Rugged phones can pack some great computing power. This includes quad-core, octa-core, or deca-core processors. These processors allow your rugged smartphone to use heavy apps and speedy processing capabilities.

Many rugged smartphones offer different ways to charge the device, like wireless charging or a cable option.

Rugged smartphones work with Projected Capacitive (PCAP) touch screens that come with multi-touch support. They include pinch and zoom, work in wet conditions, work with gloved hands, and are stylus compatible. All the while, the screens are more durable than other smartphone touch screens.

The best-rugged phone can cost the same as high-end consumer tablets, but they come with the reassuring benefit of being more durable. In the long run, they do offer returns on investments when it comes to repairs and replacements compared to regular smartphones.

Rugged smartphones may initially appear more expensive than standard ones; however, by investing in one, you will benefit from reduced downtime and hassles resulting in operational efficiency.

Irrespective of the environment or application, a rugged smartphone outperforms, outlasts, and costs less than the typical smartphone in the long run. This makes it worth considering as an investment option if one is looking for a long-lasting, economical, and durable smartphone.

Which cell phone is the most rugged?

This answer varies greatly from person to person, but the rugged phones on our list are among the toughest we could find. The best thing to do is determine how rugged you need your phone to be, then match one with those specs.

More in: Small Business Essentials Comment ▼
Editor's Picks
Liane Lonergan
Liane Lonergan, a native of Pottsville, PA, is a freelance writer for Small Business Trends. She has a Bachelor of Arts degree in English and Communications and is a former English teacher. She has written freelance news articles, essays,manuals throughout her collegiate and professional careers.
Leave a Reply Cancel reply
Subscribe
Follow @smallbiztrends
RSS LinkedIn Pinterest iTunes