Price of Stamps Likely Going Up in 2023 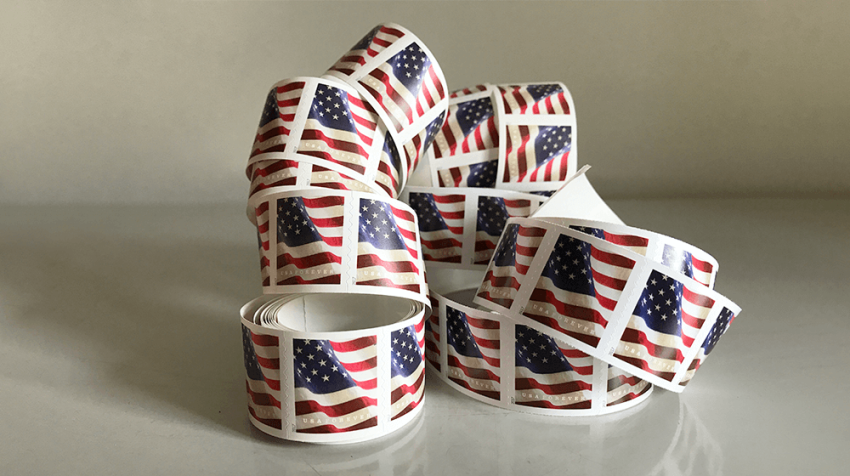 The price of stamps is likely going up.

United States Postal Service wants to raise the price on some mail. The price increase, if it’s approved, will have some impact on small business owners nationwide who are already dealing with rising prices on just about everything in the last year.

The price of metered mail would go up to 63 cents, from 60 cents, if the proposed increases are approved.

Sending domestic cards in the mail will also get more expensive. The new cost would be 48 cents, up from 44 cents.

This plan would call for the second stamp price increase in the last 6 months. In July the Postal Regulatory Commission (PRC) approved a similar price increase. It raised first-class mail prices by nearly 6.5 %.

The domestic one-ounce letter had increased to 60 cents from 58 cents; postcard stamps went up to 44 cents from 40 cents and one-ounce international letters went from $1.30 to $1.40.

The Postal Regulatory Commission will have to approve the USPS price increase proposals.

When does the price of stamps go up?

If given the nod by Postal Regulatory Commission (PRC) the proposed increases will raise First-Class Mail prices by approximately 4.2 percent to offset the rise in inflation. The price changes have already been approved by the Governors of the U.S. Postal Service.

“As operating expenses continue to rise, these price adjustments provide the Postal Service with much-needed revenue to achieve the financial stability sought by its Delivering for America 10-year plan. The prices of the U.S. Postal Service remain among the most affordable in the world”, said a statement from the USPS.

The USPS had seen its operating expenses continue to rise, forcing it to explore increasing the current stamp prices. Earlier this year it had warned that the agency could see losses amounting to $160 billion over the next 10 years.

The USPS serves more than 163 million addresses across the US. employing more than 7.3 million people while processing and delivering 46% of the world’s mail. The Postal Service generally receives no tax dollars for operating expenses and relies on the sale of postage, products, and services to fund its operations.

The price increase proposal follows USPS’ planned peak-season pricing announcement in early August to offset the costs of operating during the holiday season affecting prices on commercial and retail deliveries.

This includes domestic competitive parcels: Priority Mail Express (PME), Priority Mail (PM), First-Class Package Service (FCPS), Parcel Select, and USPS Retail Ground which saw prices increase between 25 cents to $6.50. The change in price is based on the weight of the parcel and the distance it’s being shipped. Only International products would be unaffected by the temporary rate adjustment.