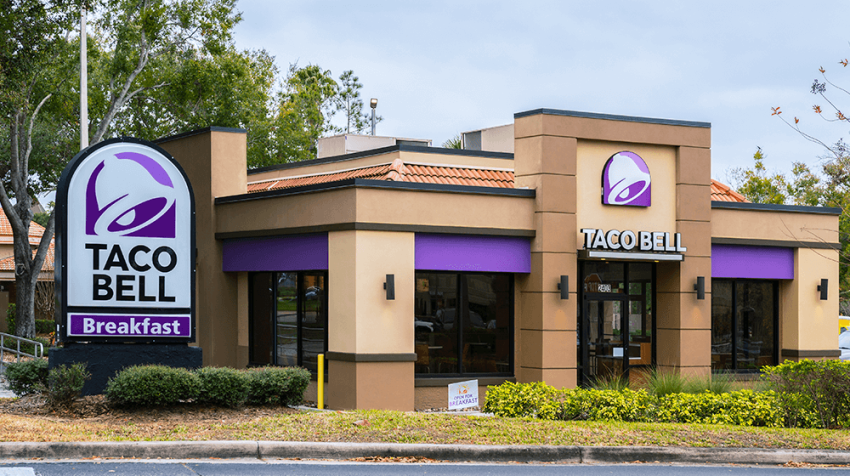 The franchise industry is a multi-billion dollar business in the United States. There are many different types of franchises, but one of the most popular is the restaurant franchise. Taco Bell restaurants offer franchising opportunities to qualified individuals.

If you are interested in owning a Taco Bell franchise, there are some things you should know. This article will answer some of the most frequently asked questions about Taco Bell franchising. Let’s get started!

Taco Bell is a fast-food chain that was founded in 1962 by Glen Bell and offers tacos, burritos, and other Mexican-inspired dishes. Taco Bell, which began franchising in 1964, is a subsidiary of Yum! Brands, which also owns KFC, Pizza Hut, and The Habit Burger Grill.

As with most franchises, there are many costs associated with starting up Taco Bell restaurants. The current initial franchise fee for a Taco Bell franchise ranges from $25,000 to just under $50,000. The fee varies depending on the specific location and other details of the franchise.

In order to open a Taco Bell franchise, an initial investment of $530,000 to almost $3 million is required, in addition to land and lease costs. The franchise fee is included in this investment range. Ongoing fees include royalties (5.5% of sales), marketing fees (4.25% of sales), and trainee fees for new staff ($350 per person).

The franchise agreement outlines these fees and responsibilities for franchisees.

According to Statista, Taco Bell franchises average about $1.6 million in yearly gross profit per unit. With about 7,900 Taco Bell restaurants open worldwide, that means the corporation as a whole generates about $12.6 billion in gross profit annually from franchised locations.

Taco Bell franchise owners earn about $80,000 to $100,000 per restaurant yearly. This is pre-tax income, so the actual take-home pay will be less.

Just like most franchise opportunities available, Taco Bell has many requirements that must be met in order to be eligible for franchising. Let’s take a look at them…

Taco Bell requires that all potential franchisees have a net worth of at least $1.5 million. This is the total value of all your assets (home equity, savings, stocks, etc.) minus any debts and other liabilities.

Taco Bell also requires that all potential franchisees have at least $750,000 in liquid assets. This is cash on hand or assets that can be quickly converted to cash (like investments that can be sold quickly).

All new Taco Bell franchisees are required to complete an accredited management training program. This program is designed to teach you everything you need to know about running a Taco Bell franchise, from restaurant operations to marketing and sales.

Once you’ve met all the requirements and gone through the training program, you’ll be asked to sign a franchise agreement. This agreement outlines your rights and responsibilities as a Taco Bell franchisee. It also outlines the fees you’ll be required to pay, as well as the terms of your agreement.

There is an application and background check fee which ranges from $350 to $600. This fee is due for each person who will be listed on the application and is non-refundable.

See Also: Finding Your Purpose: Is It Small Business Ownership?

You will also be responsible for obtaining all the necessary permits, licenses, and security deposits for your Taco Bell franchise. You can expect to pay about $74,000 for these.

You will be required to purchase certain insurance policies for your Taco Bell franchise. The cost of these policies will depend on your restaurant’s location and the size and type of restaurant you’re operating.

To open a Taco Bell franchise, you’ll need to lease or purchase real property. The cost of this will depend on the location and size of your restaurant but can range between $20,000 and $1.4 million.

Once you’ve secured your real property, you’ll need to build out your restaurant. The cost of this will vary, but you can expect to pay anywhere from $177,000 and $900,000.

If you choose to sell your Taco Bell franchise, you will be required to pay a transfer fee of $7,500 for each unit up to five maximum. For six or more units, the transfer fee will be $1,500 each.

Is Opening a Taco Bell Restaurant Worth It?

This is a difficult question to answer, as it depends on many factors.

If you have the required capital and experience, and you’re confident in your ability to run a successful business, then a Taco Bell franchise could be a great opportunity for you.

However, if you’re not sure if you can meet the requirements or if you’re not confident in your ability to run a successful business, then opening a Taco Bell franchise may not be the best option for you.

There are many other franchise opportunities available with a much lower initial investment.